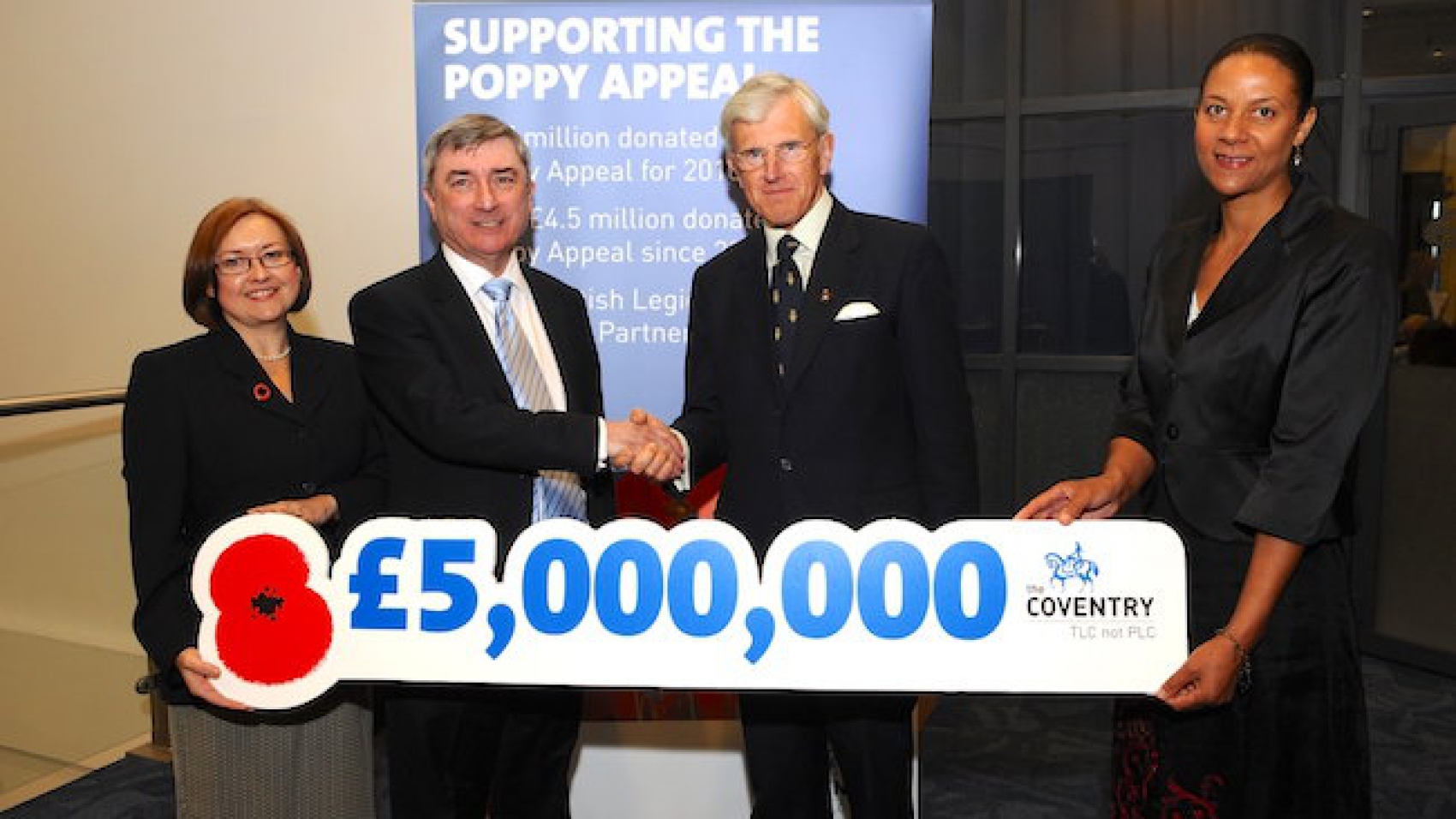 We are immensely proud of the highly successful affinity partnership we established between The Royal British Legion and Coventry Building Society. This relationship goes from strength to strength and is the most successful corporate partnership for both organisations.

Representatives of The Royal British Legion were invited to Coventry Building Society’s Annual General Meeting to receive a further donation cheque for over £1.7 million. The innovative range of Poppy Savings Accounts was first launched in 2008 and the donations generated by members investing in these excellent accounts have now reached a staggering £5 million in total.

The Royal British Legion’s Director of National Events and Fundraising, Russell Thompson, said, “Coventry Building Society’s support over the last 4 years had been tremendous. We are delighted to accept today’s donation of £1.7 million which will help pay for The Royal British Legion Battle Back Centre, a sports and adventure training facility to rehabilitate seriously injured Service personnel. The Legion has taken care of serving and ex-Service people and their families for 90 years and our welfare support is now more important than ever for the Afghanistan generation of the Armed Forces family. With over 160,000 welfare cases a year, every single donation helps the Legion carry out its invaluable work and stand shoulder to shoulder with all who serve.”

David Harding, Chairman of the Coventry said: “We are delighted to have raised £5 million thanks to the support of our members over the last 4 years. The excellent work of The Royal British Legion is highly valued by our members and we are very proud to to be supporting The Battle Back Centres and the invaluable work they do.”